Are The Maybelline City Mini Palettes Worth It? | Urban Jungle Look

*Affiliate links used. Full disclaimer details here.
Maybelline has never been known to slay eyeshadow for as long as I can remember – with the exception of their Color Tattoos, those are legit. Personally, I love Maybelline for their concealers, mascaras and recently their Fit Me powder. But they dropped their new Maybelline City Mini palettes and the beauty world exploded saying they were the best thing Maybelline did in a long time. Although I needed another eyeshadow palette like I need another flight of stairs in my three-story home, I DID IT FOR THE BLOG, guys. I bought the Maybelline City Mini palette in Urban Jungle and here we go… 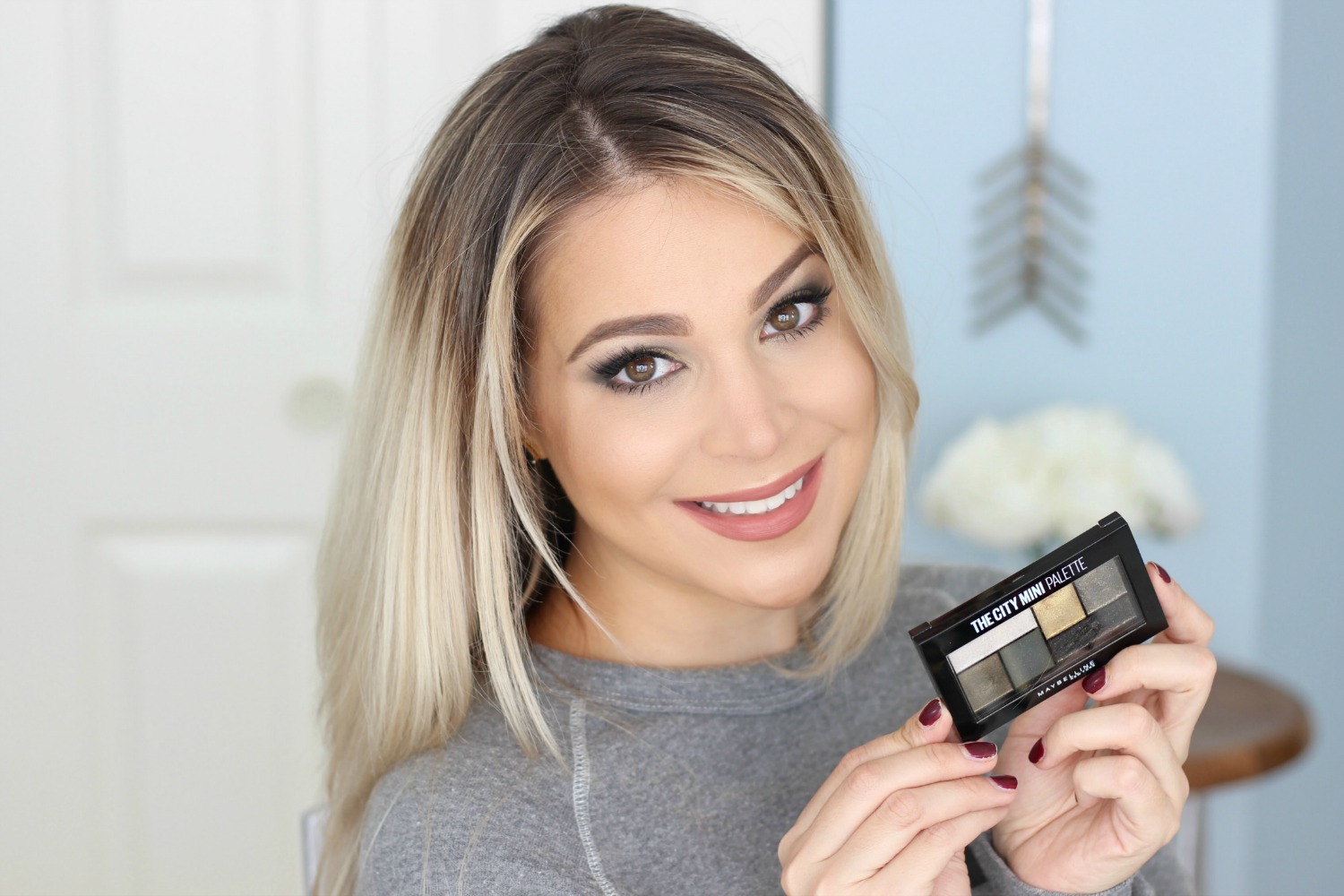 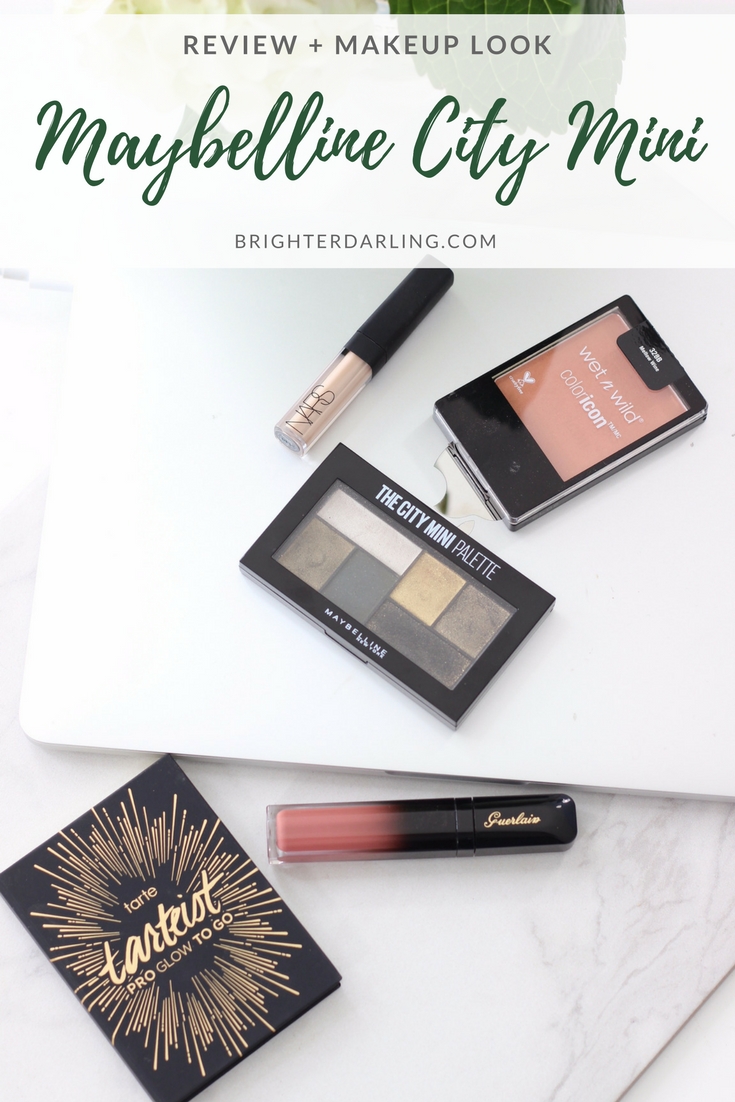 As you can see, they come in a nice variety of neutrals and fun pops of color that should satisfy the tamest to the wildest of preferences.

The City Mini I picked was Urban Jungle ($7.99-9.99) because it seemed unique yet wearable for my collection and style.

I swatched these in the car immediately after purchasing my palette at Target ($7.99). I’ll be honest, I was a little ambivalent about the swatches. 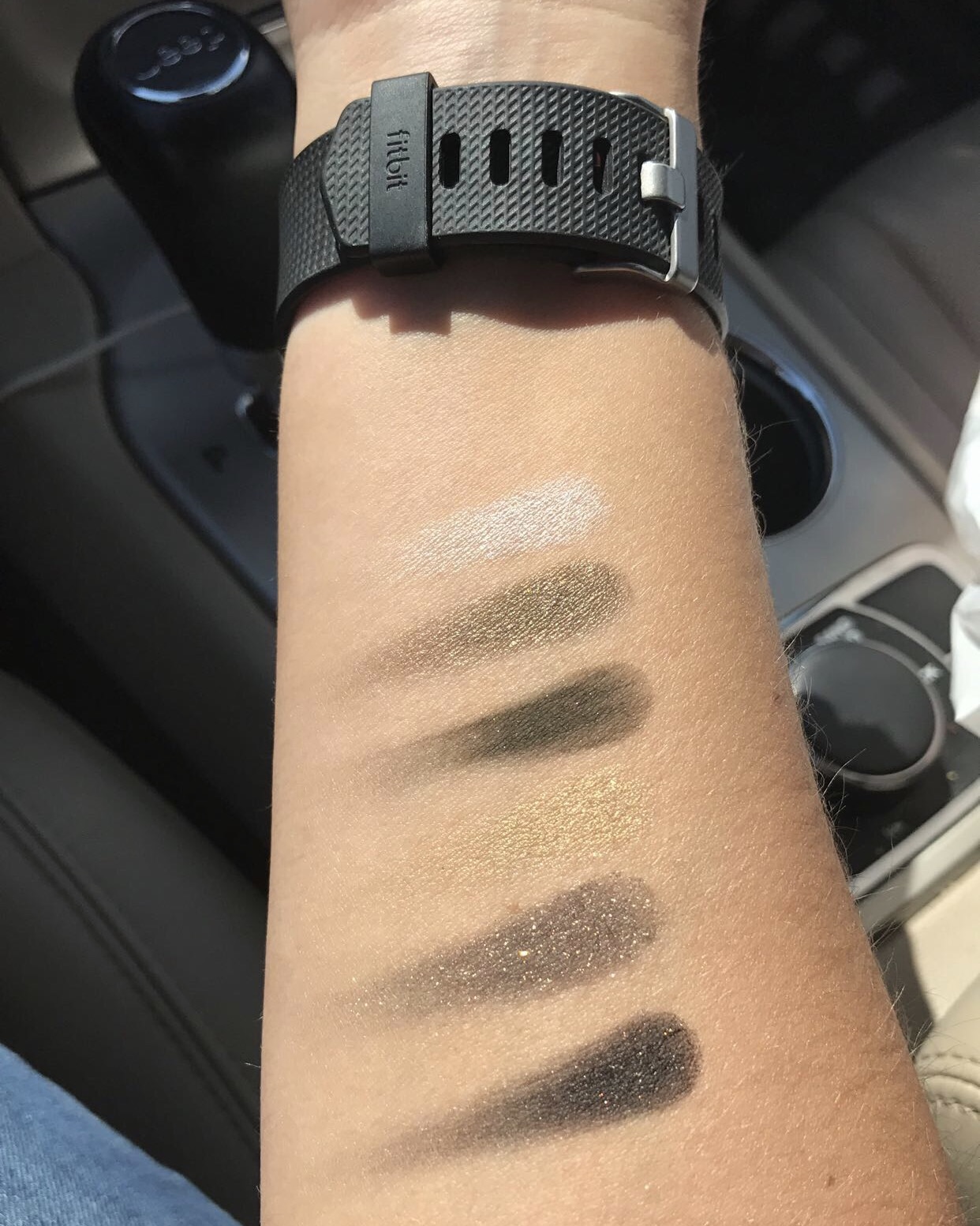 The first thing I noticed was the gold was very mediocre.

The rest of the shades weren’t bad. I was most impressed with the olives and black shimmer.

The white and the gold were the chalkiest performers but improved when I dampened my eyeshadow brush. 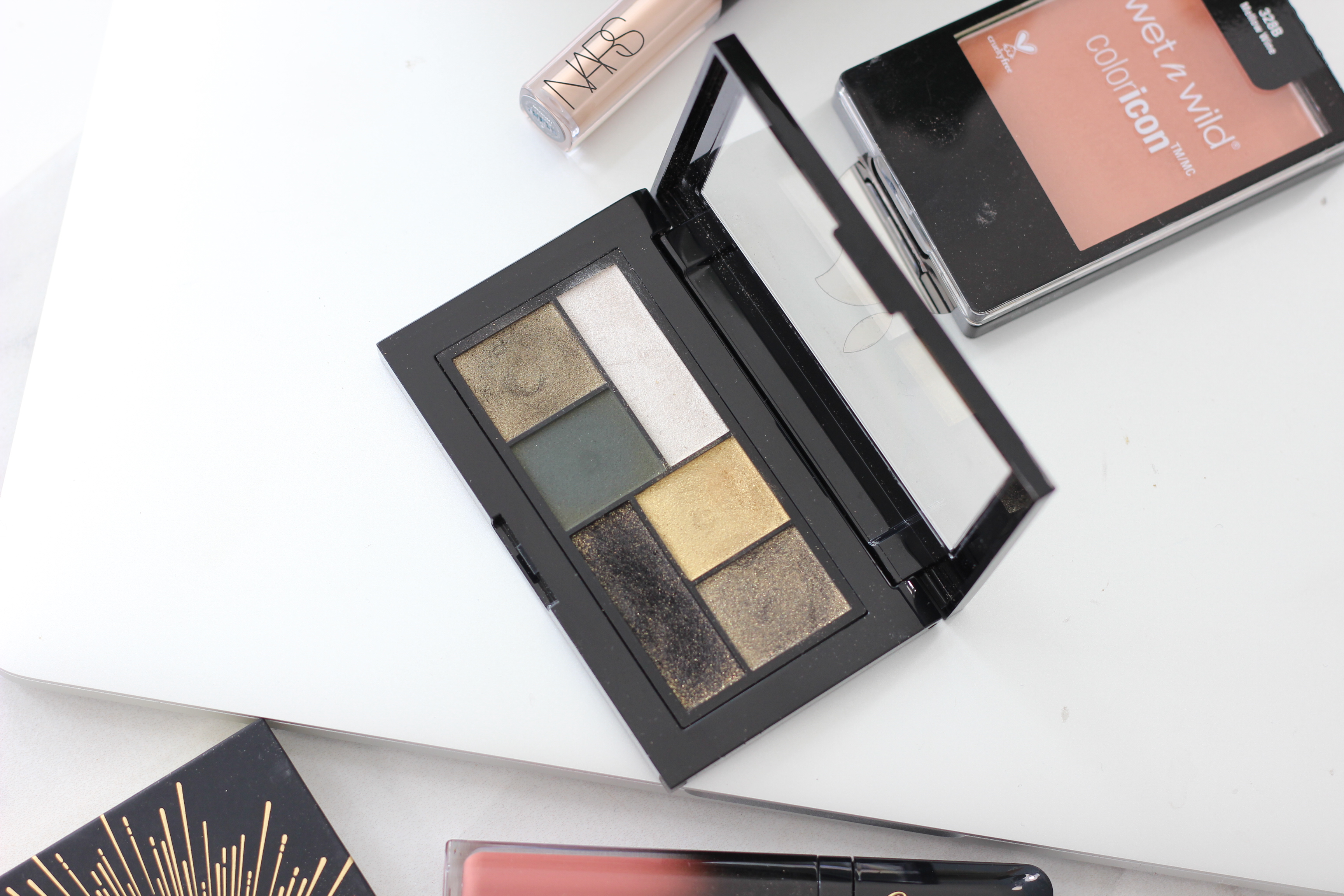 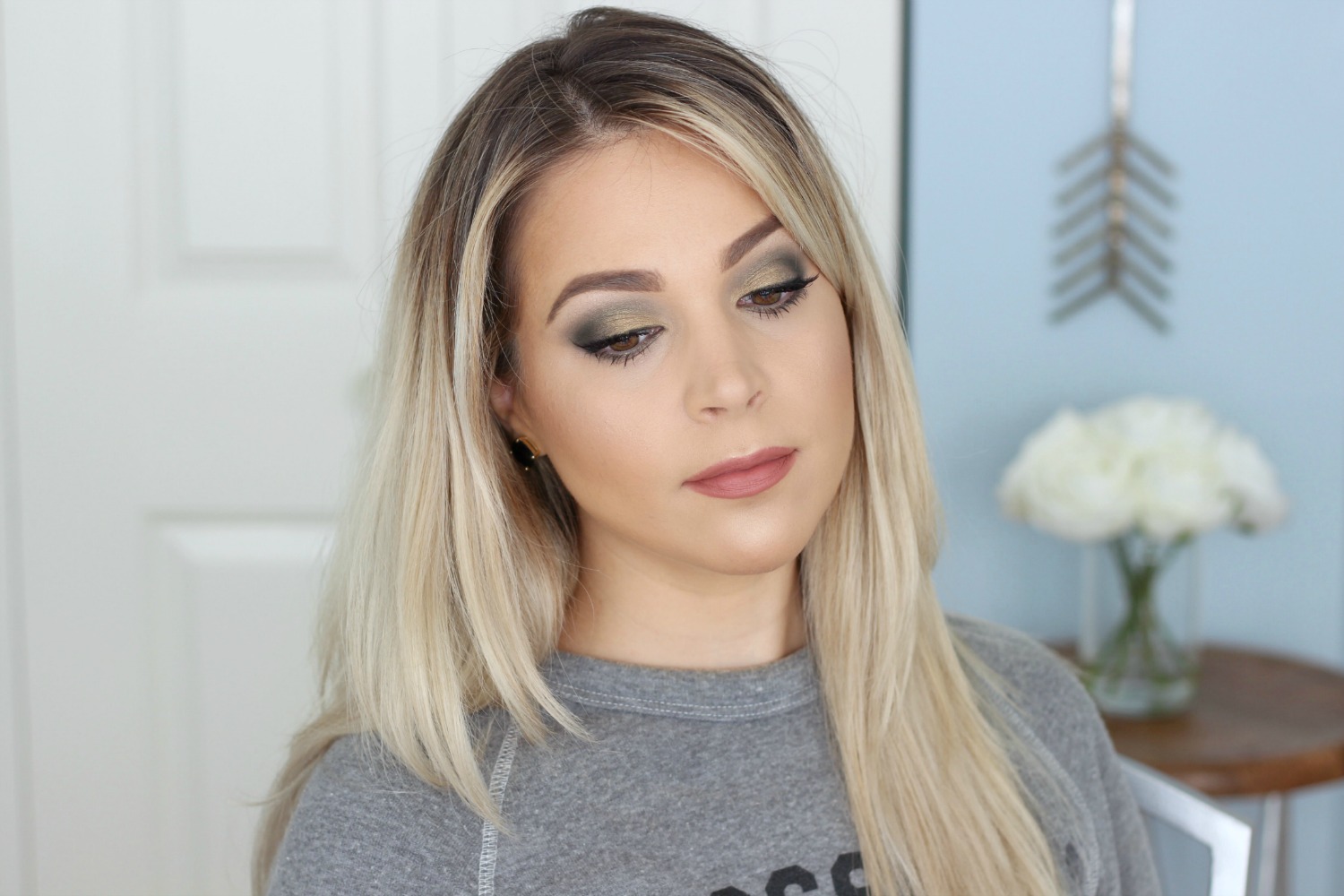 I used the Urban Jungle palette as instructed on the back of the packaging.

Starting with the white frost shade on the brow bone, the adjacent gold and khaki shimmer shades on the lid, the olive shimmer and matte forest green in the crease and the black shimmer as a liner.

I kept the lower waterline clean and smudged the lid/khaki shade on the lower lash line.

Finished the look off with some drugstore mascara and the most natural false lashes I own (but these were entirely unnecessary as they barely added anything to the finished look).

On a side note, I’m GIVING AWAY + TOTALLY RECOMMEND this $23 face highlight/contour palette that is blowing my mind. 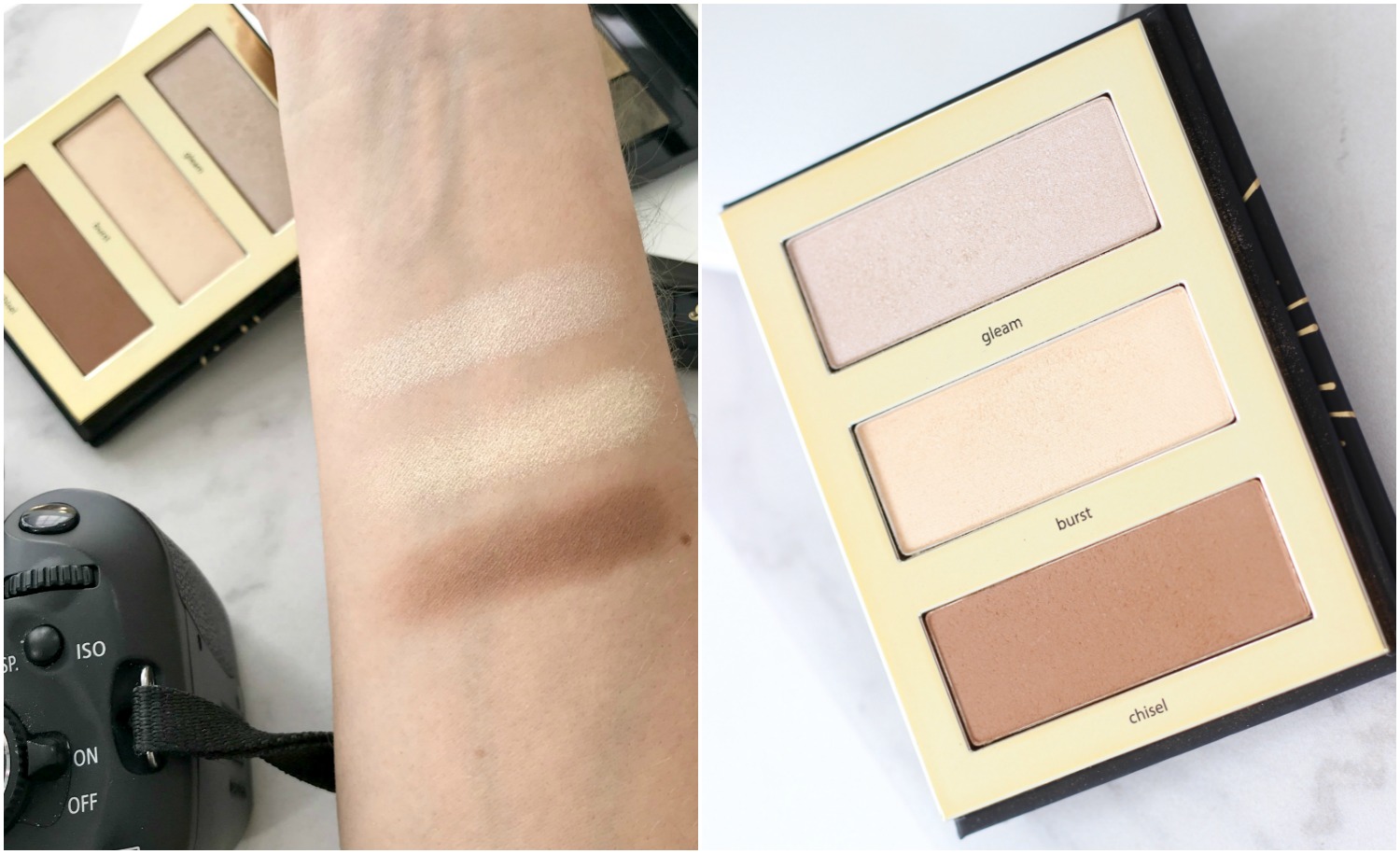 OTHER ITEMS USED ON THE FACE:

If you’re on a budget the Maybelline City Mini palettes are cute, compact, and get the job done.

The City Mini palettes are countless times better than Maybelline’s “Nudes” palettes they’ve released (those were one of the biggest jokes I’ve tried since the 90s).

Although the gold and white shades were mediocre, the others were slightly above average and good for drugstore prices.

If you’re over the age of 40 and/or have crepey eyelids, I would err on the side of caution because the texture (at least of the Urban Jungle palette) is a bit unforgiving.

It’s hard to put into words, but the shadows seem a bit loose – as opposed to creamy – and feel like mica or very thin .

They also produce a good about of kick up/fall out, so do your eyes before you apply foundation.

Have you tried the Maybelline City Mini palettes yet? What do you think? Comment below or share with a friend if you think they’d find this helpful in their beauty purchases.

Top 7 Everyday Lipsticks for All Skin…